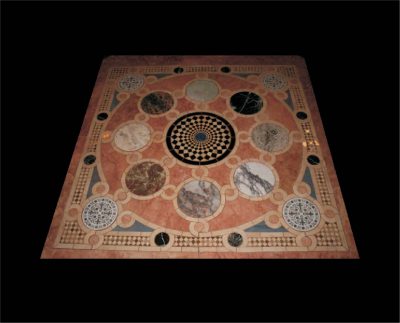 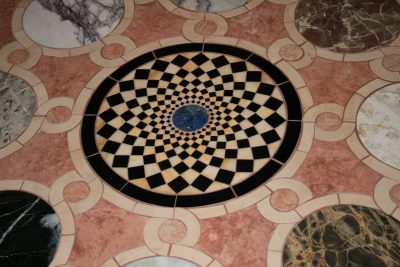 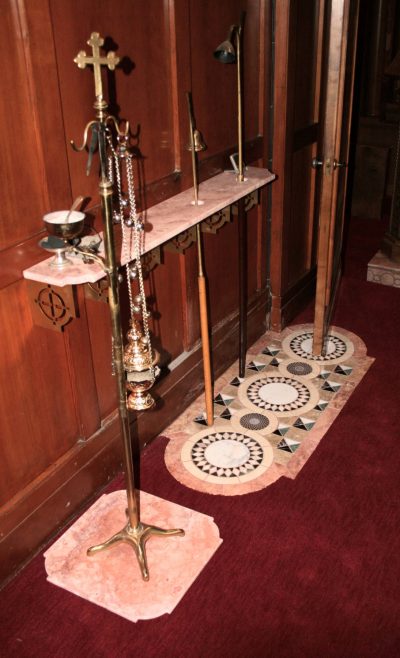 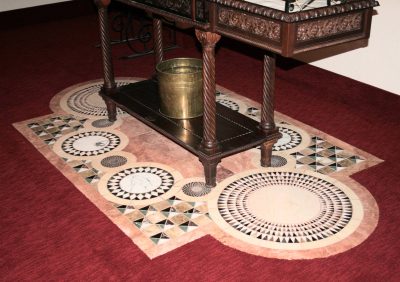 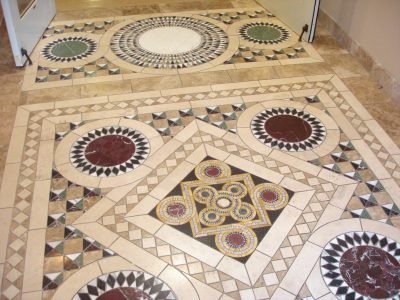 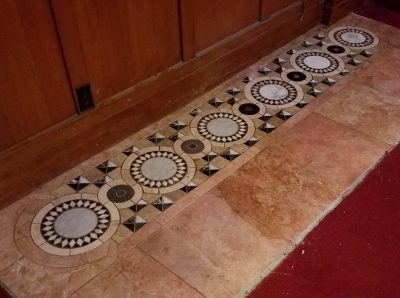 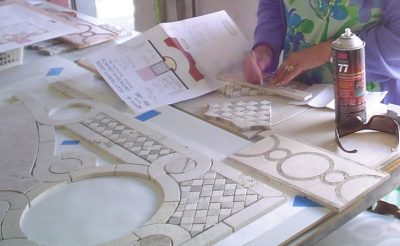 The study of complex, polychrome, stone pavements – which have been treasured since ancient times – is one of the most interesting artistic areas of artistic expression for the principal artisan of the Andrusko Group Studio. Pete has taken the opportunity to study and travel throughout Europe (particularly in Italy where the Cosmati Family of Mosaicists were most active) and has been able to spend time in parts of North Africa (the Bardo Museum in Tunis and Cairo, Egypt) – and the Near East (Türkiye & Israel) to study and document these floors in situ & to research the materials used to construct them. It is a special area of interest for Pete & the work of the studio.

He has been studying Opus Sectile patterns and Byzantine mosaics, & has had the opportunity of meeting and working with Kim Williams, the editor of the NEXUS Architectural Journal (who wrote an amazing book on Pavements!), spending time at (on multiple occasions) the L’opificio della Pietra Dure in Florence and most recently was able to tour the Catherine’s Palace (home of the Amber Room & dozens of the most amazing patterned floors on earth) as well as the Hermitage Museum in Saint Petersburg, Russia with its collection of inlaid hard stone tabletops and indescribable Objet d’Art crafted from precious and semi-precious stones, some of which may be familiar to you, like the famous jeweled eggs and other objects that came from the House of Fabergé that also operated for decades in that same city.

The Andrusko Group has enjoyed a long, productive relationship with Portland’s Greek Orthodox Cathedral. Very early, the Andrusko Group Studio was approached by well-known & respected architectural interior designer Mari-Lou Diamond to discuss creating a traditional pavement to be placed in a new addition to Portland’s iconic Greek Orthodox Cathedral. This massive floor occupies the entire entry into the new building and consists of three parts, the center mosaic being a traditional quincunx pattern of extraordinary complexity and constructed with stones from Sienna Italy, Lapis Lazuili, and a central medallion of Galilean Limestone, material from the heart of Christ’s ministry, with great significance to those of faith.

A few years later, another major building project was offered that included two major panels to be constructed in the Church Narthex, four smaller panels inside the sanctuary & altar area, a major panel constructed to be placed in the center of a stone-inlaid platform with engraved border, Cantor stand and a marble slab to be used for the incense furnishings & shelf with custom corbels.

The latest addition included a major expansion of the main panel in the altar area in order to better protect the flooring and carpeting for the work of the priests preparing for services.