Our Lady of Guadalupe Trappist Abbey 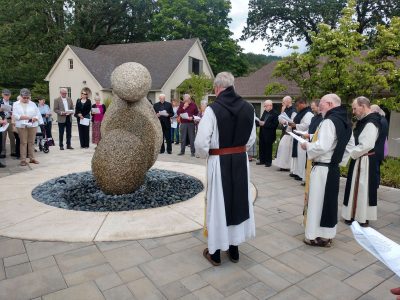 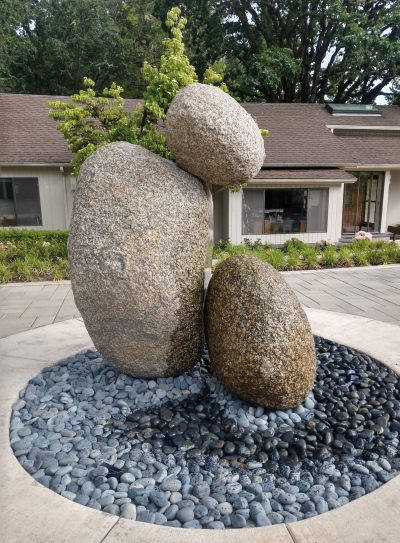 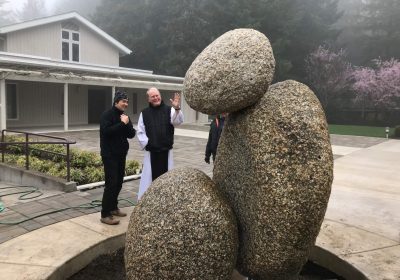 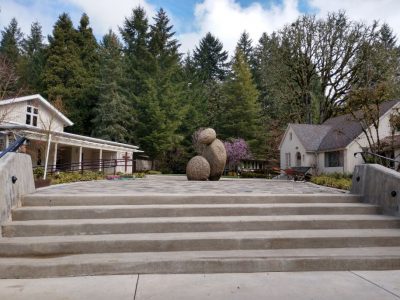 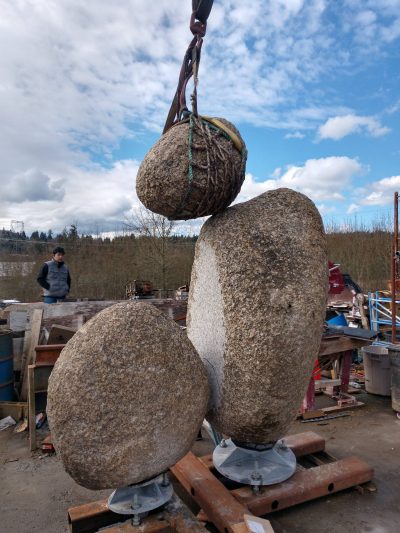 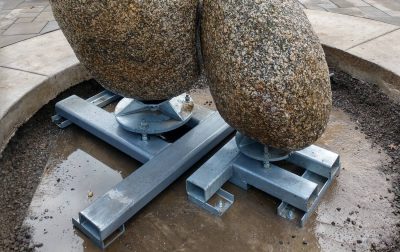 The Andrusko Group Studio was approached by long-time, collaborative partner Scott Murase to work on a unique natural stone sculptural pc. to be placed in front of the Chapel of the Our Lady of Guadalupe Trappist Abbey nestled in the foothills of Oregon’s wine country near Newberg, OR. These massive, naturally formed stones needed to be supported and assembled in a very particular manner in order to create the illusion of floating in air that this talented, Japanese-American landscape designer was trying to achieve for the artwork and to fill the space it was to occupy.

This project was especially challenging due to the design intent meant to create an ethereal, floating assembly of large, solid granite boulders with a delicate and almost imperceptible stream of water trickling from the uppermost stone. There was also the physics of hanging thousands of pounds of stone in the air with no visible support evident, requiring a massive, internal support structure to be built to support the mass, as well as a coupling structural system to join the top stone, which would also need to be nested in a way that allowed for the free flow of water through the entire assembly.

There were many technical challenges that needed to be solved to make this work properly, including the design of a massive stainless steel pin that was gunned to allow a water feed to supply the fountain, a superstructure support for both stones that would support the mass of the stones, but also allow the fine-tuning placement and orientation of the stones once positioned at the site and the design of a unique coupling mechanism that would allow the water to move freely through the seam/join between the two main stones without leaking. Another challenge was how to hold and position the upper stone in a free state while making necessary aesthetic decisions on properly positioning so that it could be oriented and repositioned safely.

All of this needed to happen without breaking, damaging, or scarring up these unique, one-of-a-kind glacial erratic boulders that could not be replaced.

The site installation was also of concern: the placement of the stones was in a very tight physical location in the interior of the monastery grounds, between buildings, and at the top of a large flight of stairs. The GC was tasked with completing the installation with assistance provided by the artisan.