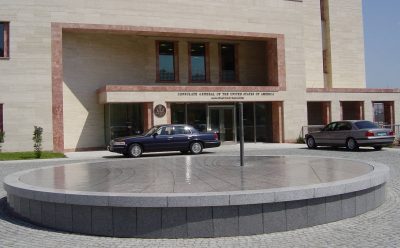 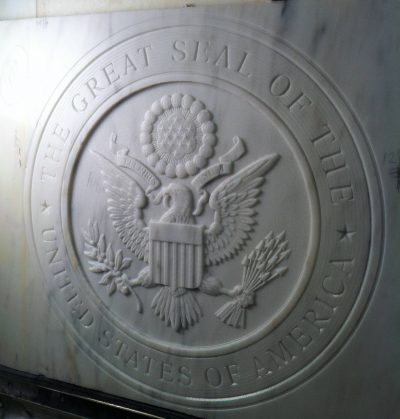 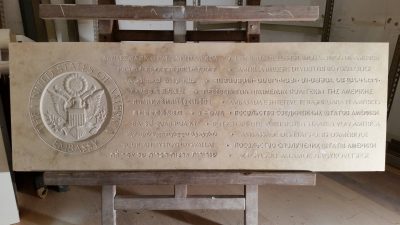 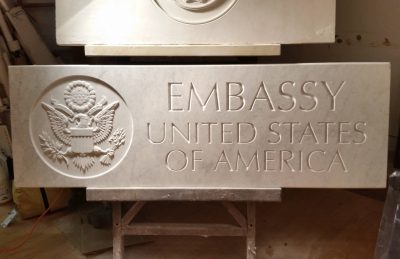 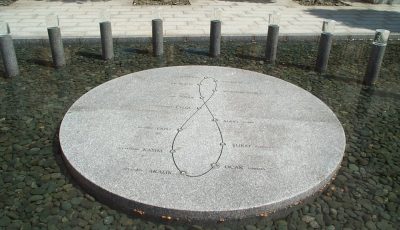 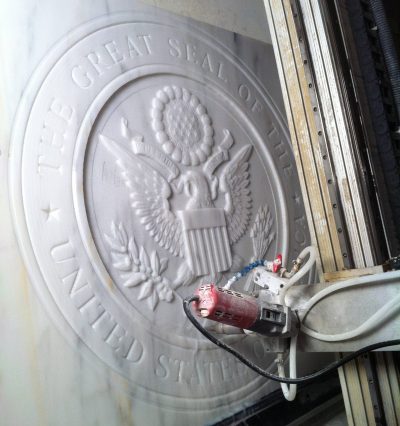 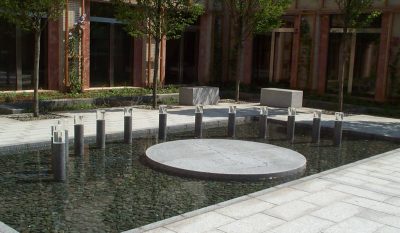 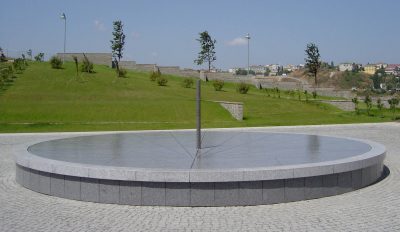 The Andrusko Group Studio was commissioned in 2004 to develop the engraving materials for the new Consulate Building in Istanbul, Türkiye. The project included 2 unique stone sundials designed by Maya Lin Studio.

Principal artisan Peter Attila Andrusko has been testing & building on the CNC technology capabilities in order to perform the more elaborate dimensional carvings in natural stone to potentially be incorporated into future US State Department OBO projects. The Andrusko Group Studio has been working and consulting for years with many of the Architects, EG design teams, and Contractors entrusted with this work.

In the early 2000’s Pete was commissioned by ZGF Architects in Portland, OR to perform the preparatory work on a couple of sundials designed by Maya Lin Studio for the new American Consulate being built in Istanbul, Turkey. The principal work on this project was performed in Portland at the Andrusko Group studio & focused on preparations for all of the cut stencil masks, tools, pigments & documentation that would be needed for the Turkish team of engravers who were hired to perform the engraving and installation work at the Consulate to successfully perform their tasks. There is a concise write-up of the project details contained in the “Secrets” brochure, for reference.

Later, as the Andrusko Group Studio began to develop the techniques needed to successfully 3D carve wood and stone using robotics, especially through conversations and a number of stone carving projects working with Mayer|Reed and other architects, it became the ambition of the studio to develop physical samples that would provide the proof needed to demonstrate the Andrusko Group’s ability to execute carvings that could be used by the State Department’s OBO for use in Embassy’s and Consulates being developed worldwide.

In 2015, the lead architect for the new London Embassy spent nearly an hour on the phone with Peter & the lead EG designer from a leading NYC design team discussing in detail the carving that was being proposed for the interior lobby of the new Embassy. Through Mayer|Reed, numerous other Embassy and Consulate projects have also been proposed and discussed. The Andrusko Group is optimistic that the technology developed and currently being used in the studio, in particular the unique robotic production techniques that have been developed over the course of the past couple of decades, will almost certainly result in something magnificent being commissioned. That is the hope. The samples and prototypes created over the past 10 years speak clearly and eloquently for themselves.