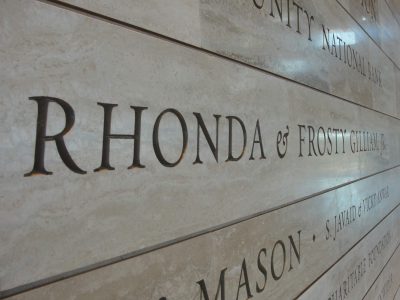 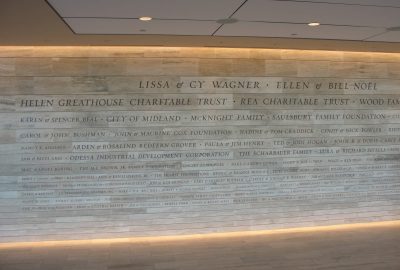 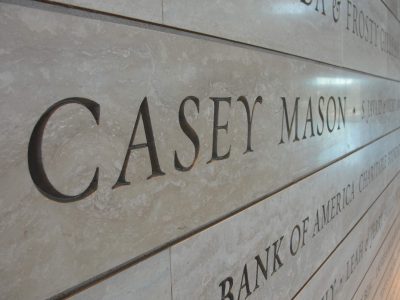 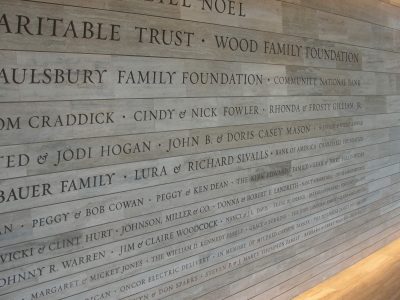 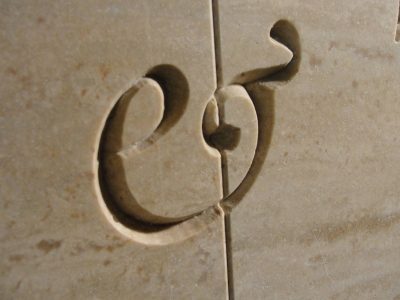 Situated in a vast open space near the Midland-Odessa airport, the Wagner-Noel Performing Arts Center is a jewel in the desert region of the arid Permian Basin in SW Texas most famous for Oil, cotton, flat as far as the eye can see & for the many vast ranching enterprises.

The Andrusko Group was brought in by Mayer|Reed to work with the design team & BORA Architects to develop a uniquely constructed donor wall that was to be direct-carved into travertine panels sourced from the famous Tivoli Travertine near Rome, Italy which is also the source material for the historic Roman Colosseum and many of the Vatican buildings, to name just a few.

This project – located in Midland-Odessa, TX – is another commission that Mayer|Reed brought me in to perform. It is primarily CNC carved travertine, which is sourced from the Tivoli Quarry near Rome, Italy; this is the same quarry still in operation in modern times that the building stone used to construct the Roman Colosseum was originally sourced from during ancient times.

After evaluating the techniques of sandblasting, hand-carving, and robotic V carving to use to perform the tasks necessary to complete the project, the design team elected to use a newly perfected process of robotic CNC carving that the Andrusko Group Studio was offering. The process is far more benign than hand-carving – far less traumatic than hammering on the stone with a chisel – which allows much thinner materials to be used for traditionally V-cut letters; additionally, the process allows for far more range of crisp, clean V-cut letters down into intricacy that is simply not achievable with hand tools – neither economically nor practically. The level of precision the technology allows is revolutionary and exciting to consider.

The stones were CNC carved in the Portland Studio using robotics technology owned and operated by the principal artisan, Peter Attila Andrusko. The finished panels were crated and shipped to the site for installation by others. The installation team was amazing and installed the entire project without an error or damage to the hundreds of parts carved to contain the donor names.

One of the additional unique benefits of carving something with this level of complexity is that each part is rendered separately, so if a part is broken or damaged, it is possible to replace it with an exact duplicate without needing to re-carve on site. In this case, a decision was made to ignore the joints between the parts, so each letter that transited a joint needed to be carefully inspected and properly fitted.

The original plan was for the stone to use no pigment – only relying on the natural shadow achieved from the V-cut stone and the lighting at the site. Once the materials were installed, however, it became apparent that there would be difficulty seeing or properly reading with the interference of the ambient light in the space. The client made a decision to add pigment to the carved areas of the sign and asked me to fly down to the site to perform the work.